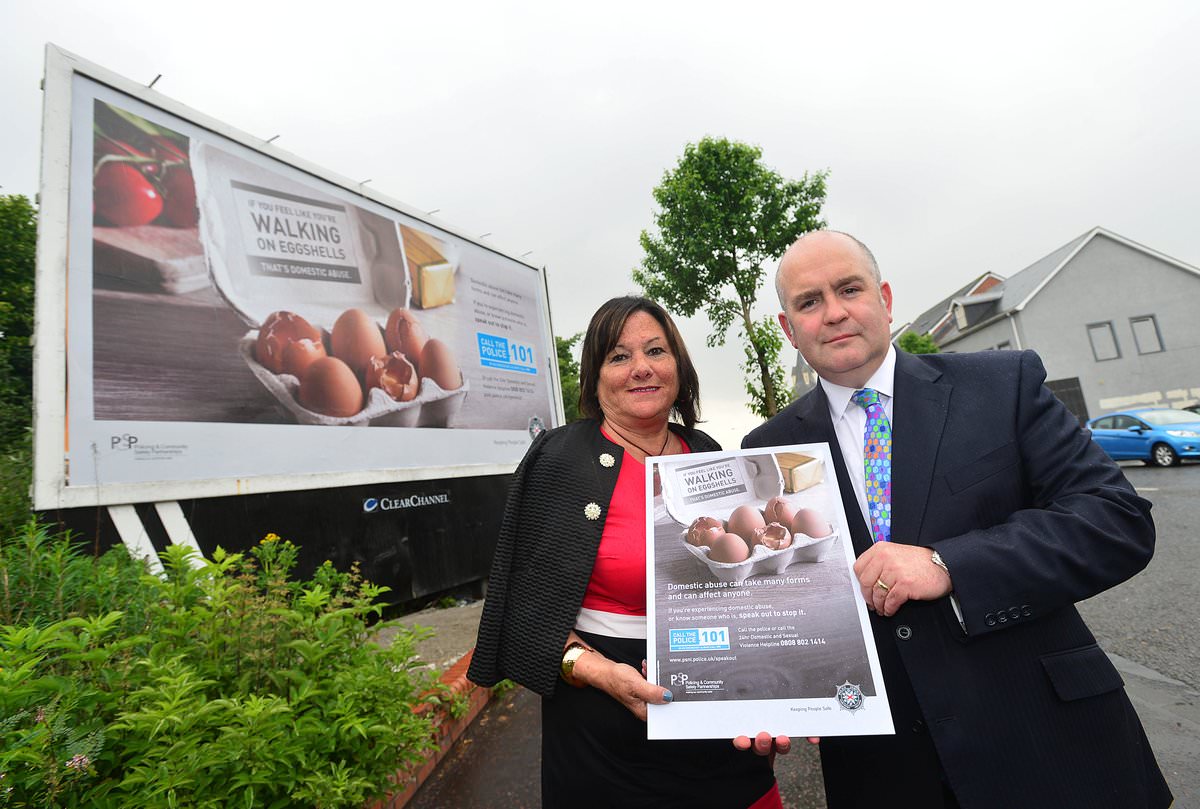 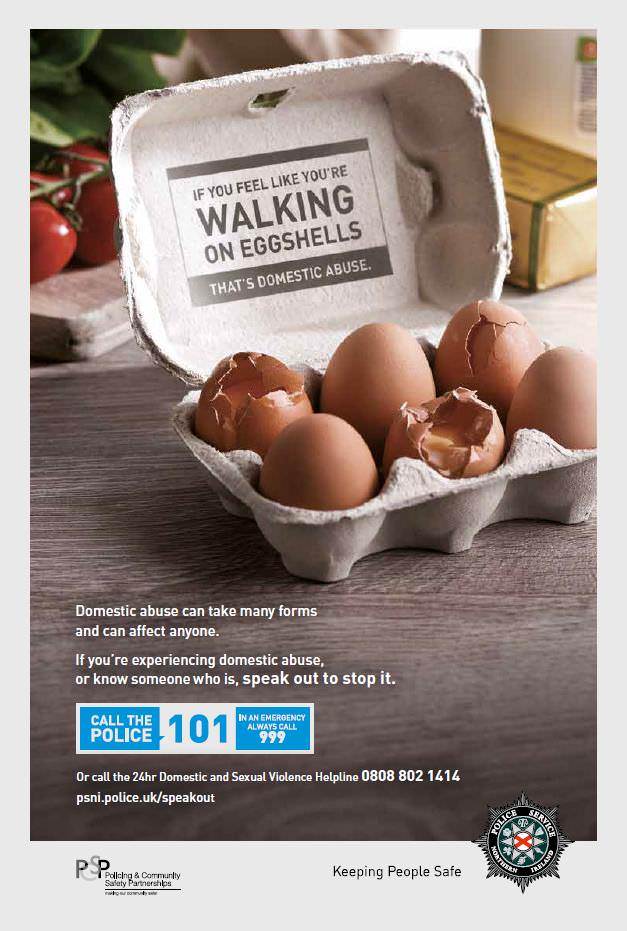 The police respond to an incident of domestic abuse every 19 minutes. While this is a shocking statistic, there is a belief that a large number of domestic incidents are still going unreported.

Detective Chief Superintendent George Clarke, Head of the PSNI’s Public Protection Branch, said: “Between March 2015 and April 2016, there were 28,392 domestic abuse incidents reported to police, which is an increase of 105 incidents compared to the same period last year. We welcome the increase because we believe this shows confidence is increasing in the police. However, we know that incidents are still going unreported.”

The campaign, which the PSNI are lanuching in partnership with the Policing and Community Safety Partnerships (PCSPs), sends the message that the PSNI will not tolerate domestic abuse and that it takes the protection of victims and the prosecution of perpetrators seriously. It will run from now until the end of July and will consist of billboard, adshels, radio and online advertising across Northern Ireland.

The message from the PSNI is clear: domestic abuse is wrong and we need to stop it.