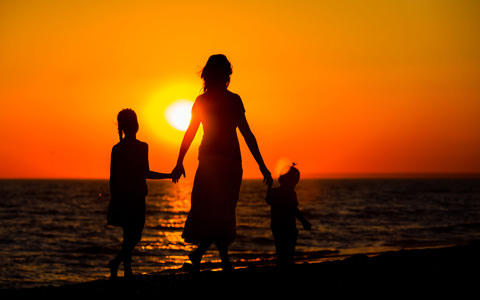 For every statistic about poverty, there is a human story behind the numbers. For every news story about ‘benefits scroungers’, there are hundreds of families trying to make ends meet and give their children the best start in life with the meagre income they have. This is Jenny’s Story.

When Jenny* heard about the changes to welfare for families struggling to make ends meet, she was shocked. She thought back to her own childhood, and how her family situation would be different in today’s Britain. Jenny shared this story of her childhood via Twitter, because she knew that if her family was in that situation today, they would be crippled by the two-child tax credit cap and unable to keep their heads above water. Here’s her story:

I’ve never shared this before, but when I was 7 my ‘dad’ walked out and we didn’t hear from him for 7 years after that.The Family Cap doesn’t take into account the unpredictability of life – when he left, my mum claimed Child Tax Credits to help us get by.I’m the youngest of 4, so under the new system she wouldn’t have got any money for me and my older sister. Our situation isn’t unusual.

Believe it or not, most women’s life plans don’t include raising 4 kids by themselves but shit happens and they manage.

But it is a total red herring with a sinister undertone that only well-off people are responsible enough to have children.

People leave, people die, people lose their jobs. Life has complex twists and turns and it is completely unpredictable.

I’m not even sure why I am sharing this, other than the fact I just can’t get this horrific policy out of my head.

The callousness of the #rapeclause is clear, but the Family Cap is a one-way road to an increase in women and children’s poverty.

It’s on all of us who can to fight this fiercely because I’m sure when my mum was running after 4 wee ones she wasn’t able to also lobby government.

Jenny’s Twitter essay prompted another woman, Sonia*, to respond with her own story:

Been thinking about my mum’s pal who was on her own with 5 kids when we were growing up. She had a good income until youngest was one. Then circumstances changed through no fault of her own. She struggled then, but how much worse for someone in her circumstances now? It’s not only the rape clause wrong, the whole cap is disgusting…

These are real stories by real people. People who have seen what it’s like to find yourself suddenly unable to afford to support your children through no fault of your own. The welfare system is supposed to provide a safety net for such circumstances. Yet policies like the two-child tax credit cap and the ‘rape clause’ deliberately cut people’s benefits in the full knowledge that it will push them and their families into poverty.

We don’t think that’s right. If you agree with us, join us in Belfast and Derry/Londonderry on Thursday 21st September at 1pm to say NO to the two-child cap and rape clause!

*Names have been changed to protect anonymity