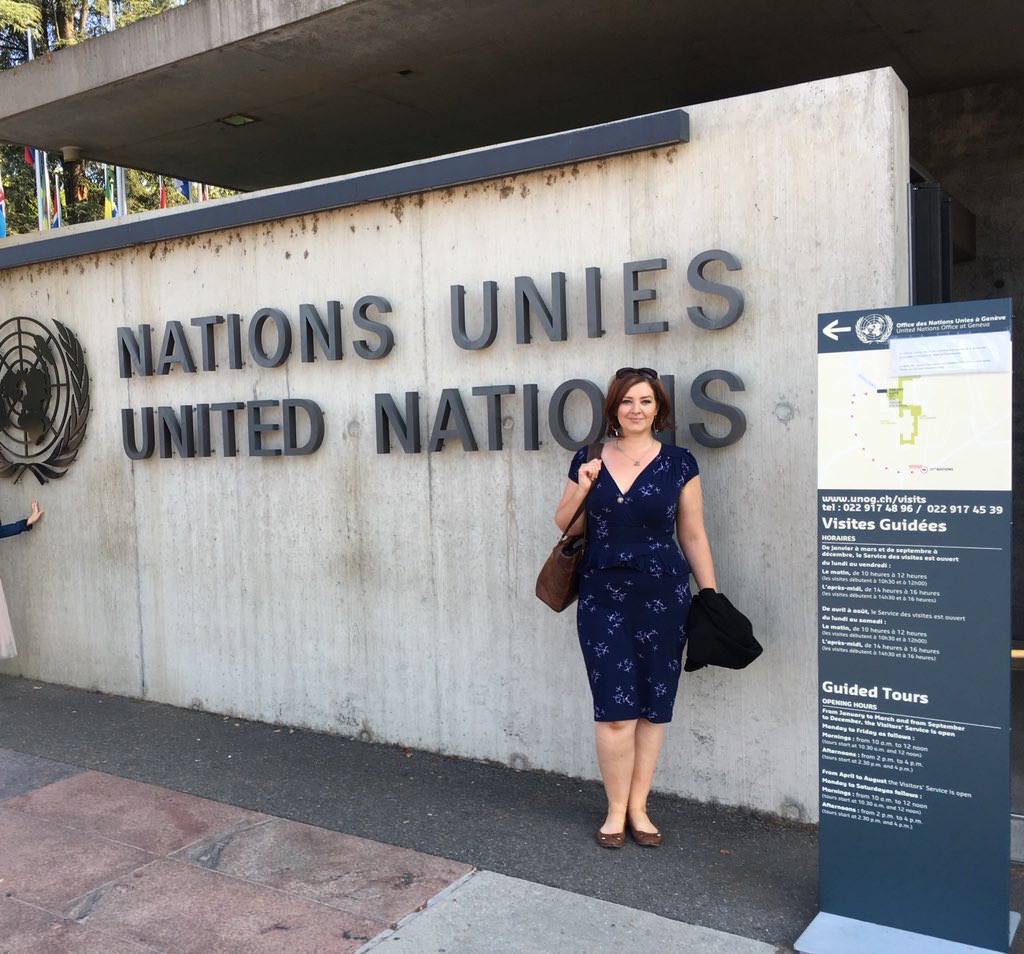 Our Policy Coordinator Louise Kennedy reports from the United Nations in Geneva.

Last month, I had the honour of representing Northern Irish women at the United Nations in Geneva.

Why was I there? Because the UK Government has signed up to an international law on women’s rights called the Convention for the Elimination of Discrimination Against Women (CEDAW), and every 5 years the UN examines whether the Government is upholding its commitments to women’s rights.

This was the first stage of the process, where representatives of women’s organisations across the UK could give evidence to the UN CEDAW Committee about the state of women’s rights across the four nations. As Northern Ireland representative alongside Jonna Monaghan from Northern Ireland Women’s European Platform (NIWEP), I gave written and oral evidence on the main issues affecting women in NI:

The next stage of the process is for the UK Government to write to the Committee, sending information and answers about the issues we raised. Then the UK Government will be examined fully in Geneva in February next year. We are hoping to be there so that we can make sure the voices of women are heard loud and clear!

You can check out the Committee’s full list of issues here.

For further information about NIWEP and its work on international and European issues, check out their website: https://blog.niwep.org/