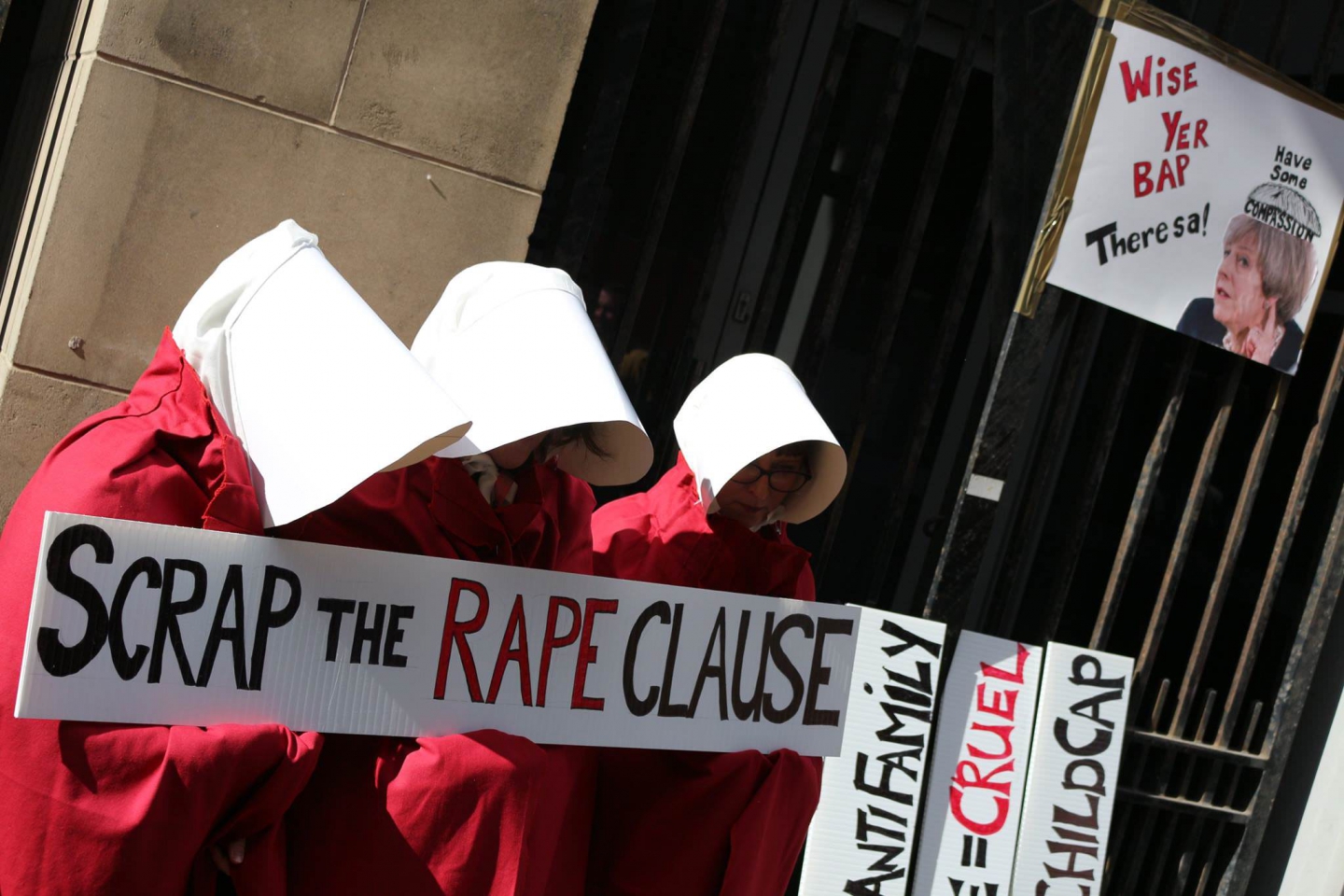 An estimated 600 protesters from women’s groups, Unions, charities, political parties and members of the public descended on sunny Belfast and Derry/Londonderry yesterday to rally against the controversial two-child tax credit cap and ‘rape clause’.

The rally, which was organised by Women’s Aid and grassroots collective Reclaim The Agenda, was also attended by Scottish MP Alison Thewliss, who has been campaigning against the rape clause and two-child cap since 2015.

Thewliss gave a rousing speech, brandishing the divisive rape clause assessment form as she informed a horrified crowd of what rape victims could expect to endure during assessments.

Here are some highlights of the day: